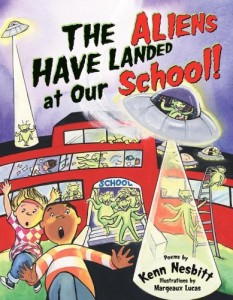 I see zebras from Zimbabwe
zipping all around the zoo.
I see Zeus up in the zodiac,
a zillion zithers too.

There are zephyrs blowing zeppelins
that are zooming near and far.
There are zealots counting zeroes
in a zone near Zanzibar.

There are Zulus wearing zoot suits
eating zwieback and zucchini
plus a zombie with a zipper
on his zinnia bikini.

Yes, I always have the zaniest
most zonked-out dreams like these,
because every time I go to sleep
I try to catch some Z’s.

Copyright © 2001 Kenn Nesbitt. From the book The Aliens Have Landed at Our School! Meadowbrook Press. Reprinted by permission of the author.

I love wordplay in poetry, and sometimes I even go so far as to write entire poems that are nothing but wordplay. This is an example where I took a single letter and wrote a poem around it. Repeating the initial consonant sounds of words like this is called “alliteration.” Why don’t you pick a letter and see if you can write an entire poem using as many words as possible that start with your letter?

Click here for a lesson on how to write an alliteration poem. 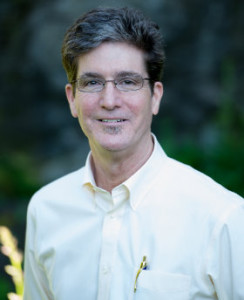