What’d You Learn at School Today? 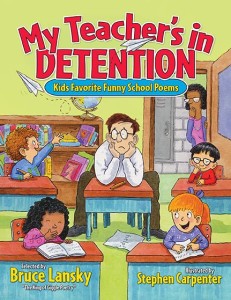 “What’d you learn at school today?”
my mom will surely ask.
I’m certain that my answer
will leave her quite aghast.

I learned that spit wads stick to walls
and on the teacher’s cheek.
I learned I have detention
after school for one whole week.

I learned the cafeteria
is a carrot “no-fly” zone.
I learned that I will eat my lunch
in a small room all alone.

I learned that science chemicals
can make a stinking mess.
I learned I lost the privilege
of enjoying noon recess.

I learned my vicious dodge-ball throws
can hurt a person’s chin.
I learned that I no longer may
participate in gym.

I learned the school bus is no place
to trip kids with my feet.
I learned that I will ride all year
in a private front-row seat.

If moms would just quit asking,
“What’d you learn at school today?”
their hearts would not be broken
and their hair would not turn gray.

Copyright © 2006 Paul Orshoski. From My Teacher’s In Detention. Meadowbrook Press. Reprinted by permission of the author. 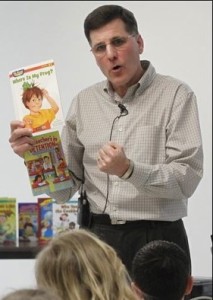