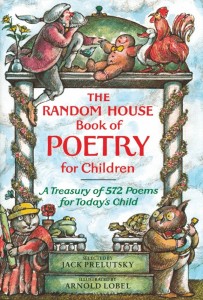 When Twickham cooked a chicken
he would only eat the bones,
he discarded scoops of ice cream
though he always ate the cones,
he’d boil a small potato
but he’d only eat the skin,
and pass up canned asparagus
to gobble down the tin.

He sometimes dined on apple cores
and bags of peanut shells,
on cottage cheese containers,
cellophane from caramels,
but Twickham Tweer passed on last year,
that odd and novel man,
when he fried an egg one morning
and then ate the frying pan.

Copyright © 1983 Jack Prelutsky. From the book The Random House Book of Poetry for Children. Random House. Reprinted by permission of the author.