The House on Wisdom Hill 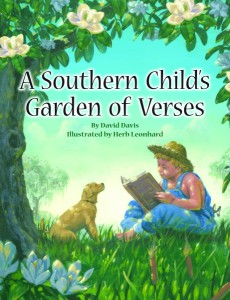 Far Down the road,
Past Birdsong’s mill,
Near Cauthen Pond,
So deep and still,
I climb the path,
In autumn’s chill,
To the house on Wisdom Hill.

The boards are warped
And gray with age,
Like curled scraps
Of parchment page;
The leaning fence,
A rusty cage
For the house on Wisdom Hill.

I mount the porch
And try to see
Past tangled vines
And history
When Grandpa was
A boy like me,
At the house on Wisdom Hill.

Copyright © 2010 David Davis. From A Southern Child’s Garden of Verses. Pelican Publishing Company. Reprinted by permission of the publisher.

I was very close to Grandpa Lacy. He showed me the old home sites in New Summerfield where all our people came from. There was an old school house at the Myrtle Springs Cemetery made of square cut logs. There was also an old blacksmith shop down near my Great Uncle Clavis’s place with an old wagon still inside. We used to play in place. There was also one house left at The Ghost town of Old Lone Star hidden away in a thicket. I went into it and found an old 1919 magazine and looked at the well built into the back porch. Later, I found out that my great grandfather Wallace built the second story of that place. I tried to imagine all the old folks as children growing up there. This poem is about my feelings for them and the past. 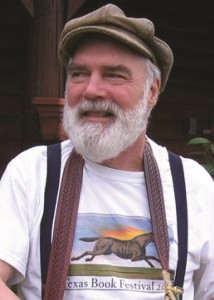 David Davis is an award-winning cartoonist and an accomplished writer and artist. His titles Jazz Cats and Ten Redneck Babies: A Southern Counting Book were named to the International Reading Association/Children’s Book Council Children’s Choices Top 100 Lists in 2002 and 2005, respectively. Jazz Cats earned additional accolades as a 2005 Texas Golden Spur Award nominee and an Accelerated Reader program selection. Davis is also the author of Pelican’s Redneck Night Before Christmas, Nurse’s Night Before Christmas, Librarian’s Night Before Christmas, Rock ‘n’ Roll Dogs, Texas Zeke and the Longhorn, Texas Aesop’s Fables, A Southern Child’s Garden of Verses, and The Twelve Days of Christmas—In Texas, That Is. Davis is a member of the Society of Children’s Book Writers and Illustrators.