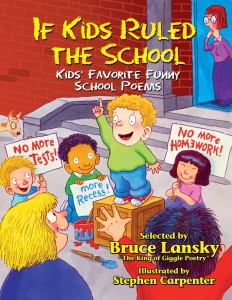 My pencil shouts to stop for air.
My hand is sore, this isn’t fair.
My teacher doesn’t understand—
I’ll never have a steady hand.
I feel a need to scream, or worse.
So, close your ears or you may hear
a bumpy, lumpy, droopy, loopy,
wimpy, skimpy, cursive curse.

I was (and still am) the world’s worst (yes, I’m worse than you, I promise) cursive writer. I hated trying to make my hand do pirouettes and swirls, like a ballet dancer. And my report cards reflected this ugly truth. (Thanks, Mom, for saving them for me.) Sadly, I’m also not too great a keyboarder either. So, I just scribble out my poems. This poem reflects my frustration. Can you tell?