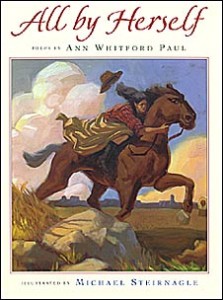 One leg was bent; her foot turned in.
She had to wear a heavy brace
and an ugly, hateful shoe.
Each pace, each step, she scraped and clunked.
Kids gathered close to stare at her
and taunt and tease.
Slowly
Wilma hobbled off.
She found a secret place,
unbuckled the brace, untied the shoe,
then yanked them off.
Every day she practiced walking.
How it hurt to hold her leg the normal way!
At first Wilma stumbled.
She dragged her foot.
Step, slow step . . .
slow lurching steps . . .
until she learned to walk!
Faster! Faster!
Wilma began
to run.
She ran
and ran
and ran.

Born prematurely Wilma Rudolph suffered many serious childhood illnesses, which weakened her and caused one foot to turn in.  At age of twenty, she finished first in the 100-meter dash in the 1960 Olympics.  She also won the 200-meter dash and ran with the victorious 400-meter relay team, making her the first American woman to win three gold medals in track and field at a single Olympics. 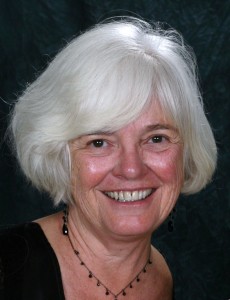