Muhammad Ali – The Rumble in the Jungle 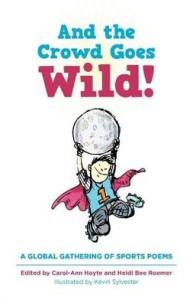 A jab with the left,
A hook with the right
Ali bomaye
Fight, fight, fight!

Foreman spins
Then hits the ground
With a THUNDERING,
CRASHING sound!

Ref counts to 10
As people cheer
Ali regains the belt
In Zaire.

Copyright © 2012 Charles Waters. From the book And the Crowd Goes Wild: A Global Gathering of Sports Poems. FriesenPress. Reprinted by permission of the author.

On October 30, 1974 in Kinshasa, Zaire Muhammad Ali knocked out the heavily favored George Foreman to regain the Heavyweight Championship of the World. He was stripped of the title 7 years before due to his conscientious objection to serving in the Vietnam War.

This poem came to be from an anthology idea I had concerning sports.  Since trying to sell anthologies at this time is unfortunately a dying breed I thought I’d put it aside for now.  However this poem would have been a contribution to the proposed book.  I sent it to Carol-Ann and Heidi though for their own book and it made the cut.  Hallelujah! 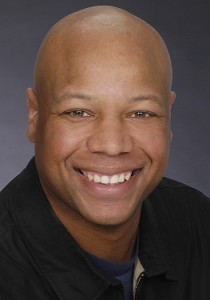 Charles Waters’ poems appear in the following anthologies: Amazing Places (2014) edited by Lee Bennett Hopkins, The National Geographic Book of Animal Poetry edited by J. Patrick Lewis (former Children’s Poet Laureate of the United States), The Poetry Friday Anthology and The Poetry Friday Anthology for Middle School both edited Sylvia Vardell and Janet Wong, The Arrow Finds It’s Mark: A Book of Found Poems edited by Georgia Heard and And the Crowd Goes: A Global Gathering of Sports Poems edited by Carol-Ann Hoyte and Heidi Bee Roemer.  He performs his one man show POETRY TIME to elementary and middle school audiences and you can check out his youtube channel at www.youtube.com/thecharleswaters