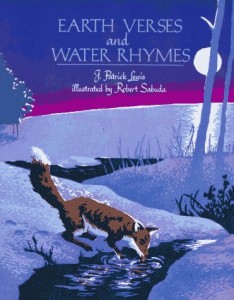 I built a house
One afternoon
With bucket, cup,
And tablespoon,

Then scooped a shovel-
ful of shore
On top to add
The second floor.

But when the fingers
Of the sea
Reached up and waved
A wave to me,

It tumbled down
Like dominoes
And disappeared
Between my toes.

Copyright © 1991 J. Patrick Lewis. From the book “Earth Verses and Water Rhymes.” Simon & Schuster/Atheneum. Reprinted by permission of the author.