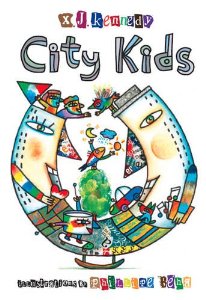 A whale of a sailfish unfolds a fin,
Fans a whiskery walrus with a double chin.
A shovelhead shark grins, mouth underneath
Like a cave full of stalactites—steel-knife teeth.

The ocean brims over with creatures, it seems,
That swim past my eyes like remembered dreams.
From behind glass, a couple of curious squid
Stare out at me: Hey, where’s your fishfins, kid?