What to Wear Where 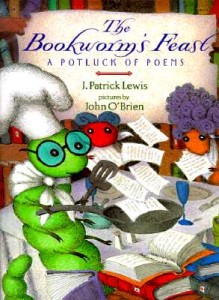 When I was a boy
In Looziana,
We wore blue jeans
And a red bandanna.

My folks moved up
To the state of Maine,
We wore duck shoes
In slicker-suit rain.

My folks moved down
To the state of Texas,
We wore brand names
Like Lazy X’s.

Now that we’re living
It up in Vermont,
We wear pretty much
Whatever we want.

Copyright © 1999 J. Patrick Lewis. From The Bookworm’s Feast. Dial Books for Young Readers. Reprinted by permission of the author.

“What to Wear Where” was one of my early poems, loosely inspired by people-watching at a mall food court. I was supposed to be home preparing an economics lecture, but the opportunity to view humanity up close won out. Any offense to the named states is unintentional.