Godzilla Pooped on My Honda 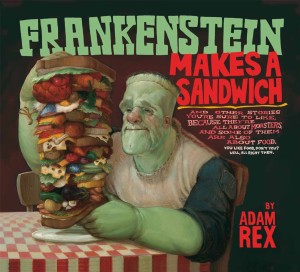 Don’t ever go to Tokyo.
I just heard on the radio
that Ghidorah has taken wing
to fight some sort of turtle thing.
And as the monster flew away,
they saw a zipper, plain as day.
It seems perhaps these giant brutes
are giant men in suits.

I swear I’m leaving Tokyo.
I watched as just a week ago,
some robots crushed my mailbox flat.
And only two days after that
a moth the size of Fuji goes
and chews up all my Sunday clothes.
I bought a mothball from the store.
It won’t fit through the door.

And just last night, what did I see?
Turdzilla where my car should be.
It’s not so bad—I’m sure some dupe
will pay for real Godzilla poop.
I’ll make a sign–or better yet—
I’ll sell it on the Internet!
And when I’ve made enough I’ll go—
to anyplace but Tokyo.

Well, what? If there were giant monsters they’d have to do their business somewhere. Everything poops, children.